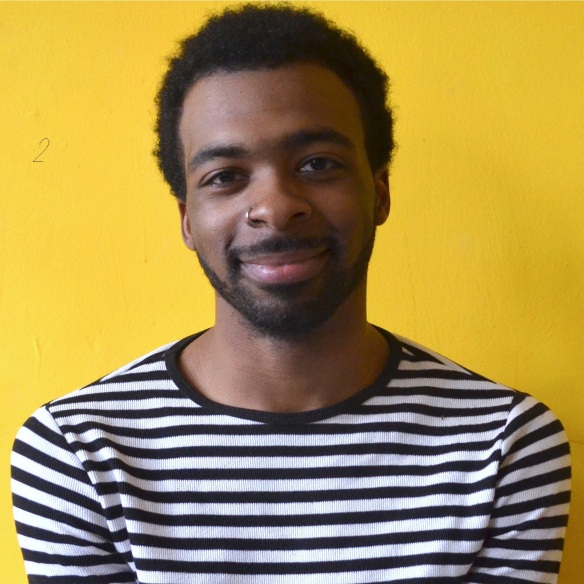 22 songs: the water temple is the new EP from mercurial utopian rap star +. The continuation of +’s twelfth album, Winter 2012’s serenity: ocarina of time, 22 songs is a portrait of development, peace, exuberance and beauty. It tackles with poetic vibrancy themes of self-love, overcoming dependency, brotherhood, and
embracing queerness of all kinds.

All proceeds from 22 songs will go to The Cooperation Operation’s Pullman community garden project, an endeavor to increase sustainable food/education in the historic southside Chicago neighborhood.

All proceeds from 2songs will go to The Cooperation Operation’s Pullman Community Garden project, an endeavor to bring sustainable food/education to the historic Southside Chicago neighborhood. LAND OF SPRINGS will be the first single, released later this month.

On May 24th, + will also be releasing its follow-up to the poetry collection wife, a lyrical essay entitled work.

They will be +‘s eighth EP and fourth collection of poetry respectively.

A new homies blog post, THREE POEMS with h. melt, was posted on May 2nd. A videos section has been added to tenderdiscovery, chronicling the past three years of +.

“Moth’s Wings” with Dave Green, as do what now

What is normal is what urgently needs serious and radical inquiry and profound re-consideration. H. Melt’s SIRvival in the Second City: Transqueer Chicago Poems is a guide and lightning rod; a contestation of every border imaginable and a celebration of the necessary and ingenious spaces created by the public presence(s) of courageous Trans & Queer people(s) engaged in the construction of new culture(s) and identities for us all. – Kevin Coval

When I read a poem from H. Melt, I often feel terror. Sometimes it’s looking into a mirror to a runny nose and eyes wet and red from throwing up; it’s a body trying to take care of itself. It’s -survival- and beautiful at its core in what it wants for all of us. These are the effects of fighting an ill state of being- to be riding with, and reading H. Melt is a treasure.These poems do not appear in SIRvival: they are fresh produce.

MAKING OUT WITH WES PERRY & FRIENDS
Upstairs gallery, 3rd Wednesdays of the month

Wednesday nights
up a steep second floor
stairwell in Andersonville

Wes Perry
is making out
with friends

making music
with a two piece
band in the corner

making comedy queer
stopping straight mouths
from snickering at us

making me squeeze
next to strangers
stay the second act

we all can afford.

ARE YOU A LESBIAN?

in high school
in the H hallway

no one ever stood
or faced the flag

straight white boys
nerds and jocks
sat on the Other

one morning
Precious turned around
her pierced tongue hissed

I froze
awkwardly
answered no

wondered if
that was a lie

because no body
taught me trans
in high school.

FEAR OF A GAY PLANET

They didn’t teach back bending in school. They taught math and science and grammar but I don’t remember any of it. I wanted to learn what they weren’t teaching. So I taught myself. Found people to teach me what I didn’t realize I needed to know. I want to ban straight only education. I was raised straight and cis and still came out queer and trans. I was taught by mostly straight white women but never wanted to be them. I love them still. Sleep next to them still. Am treated like them still.

I can’t go anywhere without seeing straight people. They are everywhere. So are we but they never see us. We come together in small groups. Congregate around small stages. If there is a stage. I will always share the stage. Break the stage. Step off the stage and watch from the side.

I am sick of being watched. Questioned by my own people. I don’t feel safe or understood on planet gay or trans or queer. They all have their own set of rules. We have created our own universes out of necessity. Our own bookstores, magazines, films, gayborhoods, health clinics. This is only a temporary solution. What does building our own separate institutions teach other people, outsiders about us? It is not effective to create more outsiders.

I fear a gay planet. I fear that creating our own worlds, thriving and hiding within them avoids the reasons why we need those spaces in the first place. It does not transform those people and spaces where we feel unsafe when we avoid them altogether. We need to be there. We need to be places where we are uncomfortable and leave when it’s too much to handle.

I do not want to live in a queer utopia. It’s not easy living in a mostly straight world. Being present in one allows us to witness the problems within, to confront them and figure out a way, ways to do better. For other people to do better. We can’t fix every ignorant schmuck but we can’t ignore them either. Most people don’t even realize their wrongdoings, our pains and joys.

// You can purchase H. Melt’s SIRvival in the Second City here. They will be appearing at The Encylopedia Show: Origin of Life tonight. Find more
H. Melt everything at hmelt.tumblr.com.