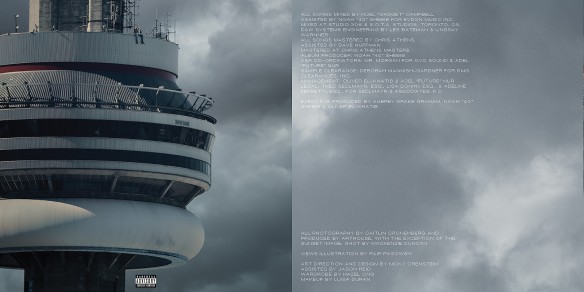 “But unlike his earlier solo efforts, Sign “O” the Times wasn’t a record by an ambitious kid trying to make impression. At 28, Prince had already made himself into a pop superstar  (and movie star too), and he easily sold out arenas. In one sense, he had nothing to prove. Yet Sign “O” the Times is the most varied, accomplished record of his prime 1980s period, a testament to the range of his gifts and the bold artistic ambition that gave his music shape.” ~ Pitchfork

But he never screams his heart out or has a multi-part breakdown. He and his collaborators stay ice cold~ even the warmest, most bounciest beats have a grim determination undergirding them. There’s an unshakeable momentum to the music, a timely airtight-ness. VIEWS is the album that got humanity through this year, it’s the sound of the biggest star in the world on the eve of revolution.

The reason why it’s not Coloring Book is Drake doesn’t sound like Kanye anymore. I mean, everybody sounds like Kanye but Chance the Rapper REALLY sounds like Kanye; he sanded the edges off Graduation and brought it to the present. However, candy-coated Christianity can only take one so far in the real world and Lord knows it’s taken us far enough, thank you but please no thank you! Drake keeps it real. Chance’s “Blessings” aren’t actually coming for you: you’re not as handsome as he is and your dad isn’t friends with Obama. You’re not going to blow up without a record deal! But you might be able to get your ex back if you can grit your teeth for long enough through all of life’s beat changes and let da riddim guide you through the God-less, gunshotted summer. Better yet, you might even find someone new. Imagine that.

More Life is on the way.